Hyper-fast computing for Web3 and beyond.

Create next-generation applications with the power and flexibility of Aligned, unrestricted by the limits of traditional computing.

Fast, powerful, and flexible computing services at a lower cost.

This unique approach allows organizations to implement and build protocols or applications without computational limitations. Offloading complex data processing allows your business to focus on core values and maintain a competitive edge. 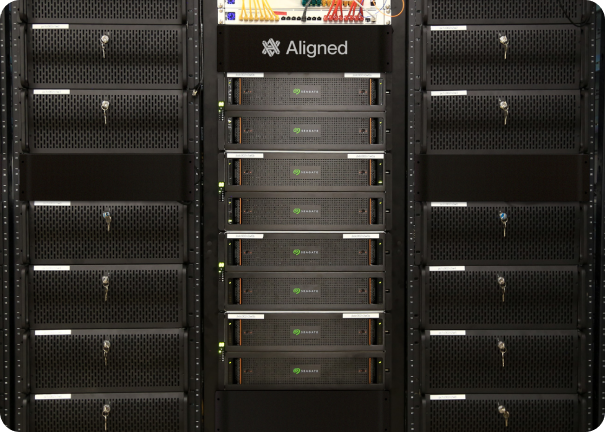 Built within the largest decentralized data storage network and largest deployment of zk-SNARKs that requires heavily optimized tooling to scale to meet the unprecedented requirements of the world’s immutable data.

By removing the complexity and expense of building, Aligned maintains the sealing infrastructure while increasing storage miners' time-to-market so they can do what they do best, store data.

Complete tech stack based around FPGAs, all in-house 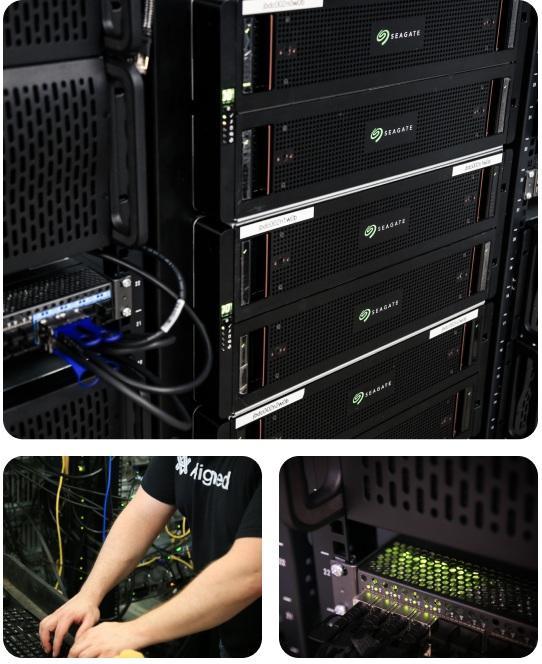 Neal has extensive financial experience as a CFO, Hedge Fund Managing Director, and CEO of public company. He was a senior executive at NBC Internet (a division of GE) and 3Com Corporation. He began his career working for McKinsey & Co. in the US, Europe, and Latin America.

Neal has an MBA from Harvard Business School where he was a Baker Scholar, and he holds a M.A. from Stanford University. He received his bachelor's from Harvard College in Economics mcl where he earned a varsity letter in football.

David has 12 years of experience in HPC with an emphasis on crypto mining, video processing and compression. For the past 6 years, he has been leading teams designing and managing high-density FPGA and GPU data centers specializing in the manipulation and processing of massive data sets. He earned a B.S. in Computer Science from Kent State University.

Jessica turns ideas into reality through strategic thinking, problem solving, and operational effectiveness. She has 10 years of experience in growing and scaling businesses. Jessica was awarded a Notable Women in Technology award in 2018 and was previously recognized as a Woman of Achievement Vision and Excellence by Lockheed Martin, where she worked as an Aeronautical Engineer working on designs for F-35 fighter jets. She earned her B.S. in Aerospace Engineering from The Ohio State University.

Sam is a visionary and leader in the creation of the crypto industry being named one of the 100 most influential people in blockchain. Sam served as the Chief Strategy Officer of ConsenSys from its inception in 2015, investing in fundamental, market -leading components of the Ethereum network. Sam has spoken at the World Economic Forum, the UN general assembly, and the main stage of TechCrunch Disrupt.

Sam has worked as an engineer and CTO, and has a bachelor's in Computer Science from The Johns Hopkins University.

Joe has 20 years of experience starting and operating businesses in diverse industries, most recently building a proprietary software platform and business specializing in algorithmic energy trading. He brings  an extensive background in operations, management, strategic planning, fundraising, and administration, focusing on supporting the company's efficiency and growth.

Dan has over 20 years launching and leading technology companies with several successful exists. He began his career at Accenture after earning a bachelor's in Molecular Biology and Computer Science at Princeton University.

Steve has a 30 year history of starting and leading technology driven companies. Among his many successful exits was a company that grew to be one of the 500 largest U.S. corporations.

Andrew is a Managing Partner at DARMA Capital. Prior to DARMA Capital, he was Head of Global Business Development and created much of the financial service offerings at ConsenSys, the world’s leading software company producing Ethereum blockchain solutions. Andrew brings a wealth of capital markets, technology, and entrepreneurial experience.

Happy is the Co-Founder and CEO of Catalyst Sports & Media. Prior to that, he served as the founder, President and CEO of Relativity Sports, which he grew, through acquisitions and aggressive recruiting, into the second largest sports agency in the world. He has also produced more than 20 films and television productions and supervised and created soundtracks for more than 80 films.

Chris brings 20 years of information security and engineering experience and was Chief Operating Officer at Riot Blockchain. He has held leadership positions at Dunbar, SafeNet, IBM and SAIC, and he holds a B.S. in Computer Engineering from Virginia Tech.

Andrew Masanto is regarded as one of the most prolific founders in Web3, having started two of the top 100 cryptocurrencies, as well as NFT.com and Nillion in 2021. The cryptocurrencies and companies Masanto started have had a combined fully diluted market cap of as high as $35 billion.

Justin is the founder and managing partner of JLS Ventures, an investment firm that focuses on disruptive venture stage companies in the healthcare and technology sectors. He is also the Chairman & CEO of LifeMD, a leading 50-state provider of telehealth products and services.

Ben is an entrepreneur and investor who currently oversees his family office investment portfolio. Previously, Ben worked in investment banking, private equity and the investment manager a sovereign wealth fund on behalf of the royal family of Abu Dhabi. Ben graduated from the University of Pennsylvania with degrees in Economics and Systems Engineering.

Cavalry Fund is a privately held investment firm with a flexible and creative approach to investing in emerging growth companies.